When you started having symptoms of perimenopause in your mid-30s, did you know what was happening, or was it more of a slow realisation? Do you think awareness is improving?

I was aware that it could be the peri-menopause because my mum started going through the menopause at 40. My symptoms kicked in in earnest in my early 40’s, and I knew I wasn’t ‘myself’ – terrible night sweats, hot flushes during the day, mood swings and irritability were all signs. I’m usually a pretty patient, steady Eddie, so this wasn’t right at all.

After going into immediate surgical menopause at 46, you’ve said you were plunged into physical and psychological fallout. What three things do you wish you’d known in advance?

It’s not so much what I wish I’d known, as I had read up on what ‘might’ happen in the practical sense, but for me I wish I’d known what things would ‘feel’ like. Words like brain fog, low energy, anxiety are just that – words. Until someone describes how they feel, you don’t know if they relate to you. So to me, that’s why I wanted to write the book, so women had a reference point of “Oh I feel like that too! So this must be normal!” and that instantly makes you feel better, and less alone or like you’re going mad. In terms of three things that I would love other women to know, it is that exercise, diet and mindfulness are not just airy-fairy new-age nonsense that women with too much time on their hands are able to indulge in. We can alltake more care to look at the food we eat, to see if it is helping us feel better by giving us the vitamins and minerals our changing body needs. It’s odd, as mums we make sure babies have what they need as their bodies are changing and growing, but somehow we don’t think it applies to us any more! It’s absolutely NOT about going on a diet, it’s about including foods that help you – and yes, it’s the usual stuff like oily fish, pulses and green veg.

Anxiety is one of the most common side effects of the menopause, and one of the most debilitating, because it affects us physically as well as mentally. We mentally feel drained, unable to cope, overwhelmed, useless, tearful, angry and low, which physically manifests itself in lethargy and exhaustion. Mindfulness and meditation really does help, it gives your brain a chance to stop whirring around, grabbing on to anxious thoughts and spiralling streams of consciousness by giving it something else to focus on for a while. That in itself is such a relief, and a huge help.

And as humans, we KNOW we aren’t designed to sit around all day staring at our phones or a computer screen. We are meant to move, even if it’s just going for a walk in the fresh air, stretching after we have been sitting down for a long time or pushing ourselves harder by going for a run or an exercise class – it all helps our bodies and minds stay healthy.

Nutrition is so important in managing menopause.  As a self-professed sugar addict, you’ve cut it out. What benefits did you notice and how long did it take for them to kick in?

I have been on and off the sugar wagon for years! I kicked it before I had my hysterectomy, and once I’d got over the initial week or so I didn’t think about it at all. I lasted really well, almost a year, and then I thought “Ooh, I’m sure one bit of cake won’t hurt…” and “What difference will a few sweets make?” and bang! I fell off the wagon. I’m half a stone heavier, beating myself up about it, and wishing I wasn’t so weak! I am in the process of trying to give up again, because I know I feel better physically – more energy, less of a slump in the afternoon, and bizarrely, less hungry for snacks. I’m a work in progress, just like everyone else.

You’ve said your worst nightmare would be an oestrogen hormone shortage. Did you have any reservations about trying HRT?

No I didn’t. My mum had had a really good experience with it, which I’m sure helped me subliminally, but I also trusted my doctor, who reassured me that I was fine to take it. Then I felt the difference it made, and was very happy that I’d decided to go on it. It’s a personal choice though, and HRT is not suitable for everyone, whether it’s through choice or otherwise.

The M badge idea stirred up quite a media storm. Were you surprised by the reaction?

I was really surprised. What I’d actually said during an interview about the menopause was that one winter’s morning I’d seen a woman overheating on a cold train yanking the window open, and I could understand what she was doing, as I could tell she was having a hot flush, but other passengers couldn’t and thought she was mad. We spoke about having badges like pregnant women do, and I was asked if I thought that a badge for the menopause might be a good idea. I said sure, it could be if it helped people understand and make allowances for needing a window open on a freezing cold day.

The whole thing blew up into a media frenzy, and at first I was horrified. Then I stepped back, and looked at the bigger picture, which was that EVERYONE was talking about the menopause. It made the news, radio shows, TV shows, everyone was talking about: “Should women wear an M badge?”. And I looked beyond the fact that the hook was ridiculous – no one SHOULD wear anything! If you WANT to wear one, then go for it, but I would never tell anyone what they should or shouldn’t do. Despite the misconception, the fact that a story about the menopause went viral is something I’m pleased about, because it means people are talking about a subject that to me is the last taboo.

What’s been the most surprising, touching or special thing that’s come out of writing ‘Confessions of a Menopausal Woman’?

The conversation that it’s started. I love that women are getting in touch with me, stopping me in the street to tell me they have read my book and have realised they are not going crazy, that they have gone to the doctors and got the help they need, and that it resonated with them so much that they now don’t feel alone. I have even had a husband come up to me recently and thank me for giving him his wife back as she got the help she needed after reading my book. All of this is incredible and makes me want to continue what i’m doing.

Keep a note of your symptoms so you have something concrete to go to the doctors with. Write down how you are feeling, mentally and physically, so that you an idea of timings – how long you have been feeling that way, if anything seems to trigger them, how long they last for, what helps make you feel better – that kind of thing. If HRT is something you are interested in, then ask your doctor about the options that could work for you. And, this is really important, if your doctor won’t listen to you or dismisses your symptoms as ‘just something women your age go through’, GET ANOTHER DOCTOR who is more understanding.

Don’t suffer for any longer than you have to, and it’s the most common thing that people contact me about. It absolutely breaks my heart to think of all the women who are suffering needlessly because doctors aren’t educated about the menopause.

You seem quite passionate about it!

I am! I didn’t set out to become the poster girl for menopausal women, but I haven’t just embraced it, it has become my life’s mission to change the way menopause is viewed and treated in society – in the workplace, in relationships and in society in general. It makes no sense to me at all that half the population of the entire world is going to experience this, regardless of race, religion, sexuality, status, or if you’re a mother or not, single or married – none of those things matter, if you are lucky enough to live until you are in your forties, you will experience menopausal symptoms. My ambition is to see it made compulsory for doctors to study the menopause, and be educated on the symptoms and solutions they can offer.

Most doctors opt out of the minimal menopause training on offer and are misinformed, believing that women do not need help until they have stopped having their period, when in fact the symptoms of the menopause can kick in up to TEN YEARS before this happens. If the symptoms linked to the menopause were associated with anything else, women would be offered treatment and support, but through generations of misinformation and a wall of silence, women have struggled on, being told it is just something they have to go through. It’s not, and enough is enough.

Why is This Girl Is On Fire so important to you?

Because it is a place where women can share their stories and experiences of going through the menopause. This means that they don’t feel alone in how they are feeling, and gives them the information and courage to ask for the help they need. It also gives women a chance to shine, to get their spark back, to re-ignite that spark, and know that they can be ‘on fire’ again in their middle years! Through hearing the stories of incredible women, I want everyone who joins the TGIOF gang to feel amazing, empowered and ‘on fire’. 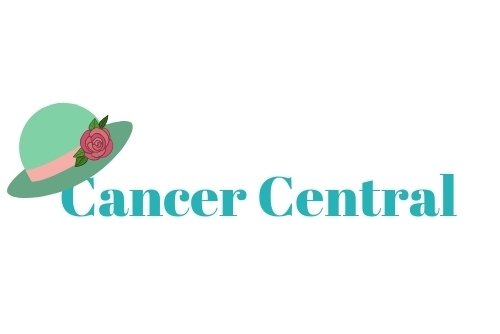 I wanted a hat.

Not just any hat. A lovely, warm, friendly, chemo hat. Perhaps one with a flower or decoration? I knew I was going to lose my hair and I was nervous