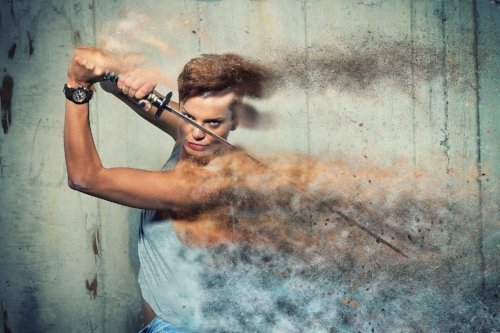 How to be more ninja in life

Who knew there was a Day Of A Ninja, but apparently 5 December is it – a day to celebrate all things ninja. Unfortunately, my knowledge of ninjas is somewhat limited. I know they wear masks and use big ole swords, but that’s about it, so to help me research how to be more ninja in life I did the only thing I could do – ask my 8-year-old ninja obsessed son!

The more we chatted about ninjas and their abilities, the more I realised that if we were all a little more ninja in our lives, we could probably accomplish a whole lot more.

OK, so ninjas may be trained mercenaries, but they weren’t all about the fighting. One of the reasons they were such feared opponents was because of their inner calm. They didn’t let the fact a 23-inch sword was pointing at their head get to them – instead, they drew strength from within and busted their way out of there.

You may not be fighting ruthless enemies, but life is pretty stressful, so taking time out to work on feeling calm, is not wasted time. All it takes is a few minutes of meditation a day to help restore your feelings of sanity. It doesn’t have to be all ‘Ommm’, it can just be a matter of taking time out in quiet surroundings to do nothing. Think of it as a mental reset – I promise you’ll be better able to take on those commuters and other modern-day perils with much more ease.

What little I’ve seen of Lego Ninjago – the show my son is obsessed with – is that ninjas work hard. They don’t just wake up one day with a magical ability to vanquish bad guys – instead, they train, train and then train some more.

It’s so easy to give up on stuff, especially when you’ve got real life going all around you. In this day and age of reality shows and instant celebrities, we’re also taught that success should be instant, but nothing that’s worth winning, comes easily. Whether you’re trying to lose weight or get a new job, effort will pay off. And if it feels like a huge mountain to climb, break down your goal into easy chunks and check each one of as you go. An app like Todoist is great for this – ticking off each goal will give you a real sense of satisfaction. ‘Practice’ every day at your goal, even if it’s just for five minutes, and you will get there.

According to my son, ninjas are as “quiet as mice, but even quieter!” Their ultimate weapon is that you don’t hear them coming. Now we’re not suggesting you creep up on your workmates or family but being stealth-like can definitely help in life.

Are you one of those people that say yes to everything – then feel totally burnt out by all the many requests placed on you? Then think like a ninja and stay (metaphorically) hidden. There’s no shame in not helping everyone out – having some you time is also important. That extra time can help you reach your goals or even just find some time to chill. I’d also recommend taking a stealth break from technology every so often – turn off your phone, shut down your laptop and reconnect with your surroundings. It’s amazing how much richer life is when you’re not enjoying it through the lens of a phone…

Loyal to the end

Many ninjas became fighters out of loyalty to their cause. It’s a pretty underrated quality today, but while it may be old-fashioned, loyalty can actually help enhance and further your life.

Just like you shouldn’t give to receive, being loyal isn’t something you should do for rewards, but for the inner feeling of pride it gives you. It also gives you a sense of connection, which is so important in an increasingly fragmented world we live in, However, staying loyal can bring rewards – respect, love and of course loyalty back. As American author Jackson Brown Jnr says “Don’t burn bridges. You’ll be surprised how many times you have to cross the same river.”

Without a doubt, those black clothed assassins are super brave – fighting against fierce enemies while not seeming to show fear. And that’s the key.

You may not feel very brave when you have to stand up and do a presentation at work or go to a party with a whole new group of friends, but if you act like it’s nothing, it will be a whole lot easier. People can’t tell the difference between real bravery and acting brave, so put on a mask and go for it. You’ll be rewarded with a fantastic feeling of strength and fierceness – yes, you can do anything!

Ok, so my son didn’t come up with this one, but having looked at the (very flattering) black ninja outfits, I realised that these these ancient warriors helped free their minds by not having to think about what to wear on a daily basis. Yes, really! Life is full of so many blummin’ choices that sometimes simple things, like deciding what to wear, can tip you over the edge.

Now I’m not suggesting you throw out all of your clothes and don a black ninja suit, but you can streamline your wardrobe for the life you have – and not the one you want. Yes, those high heels look gorgeous on the shelf, but if you’re on your feet all day, they’re never going to get worn. As someone who mostly works from home, my wardrobe consists of comfy dresses, jeans and some nice tops. It saves me the hassle of wondering what to wear and means I can kick-ass like a ninja, but still look good. 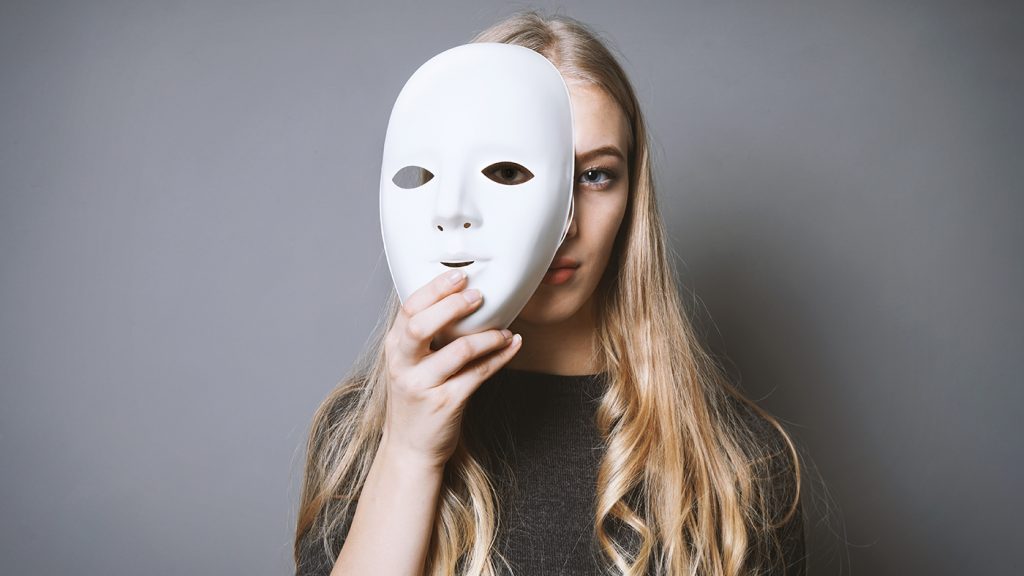 Do you feel like your success isn’t deserved? It’s time to ditch the imposter syndrome once and for all

Read More
How to be more ninja in life