PrevPreviousWhy saying no is sometimes a good thing
NextWant to be a published author? Here’s how…Next 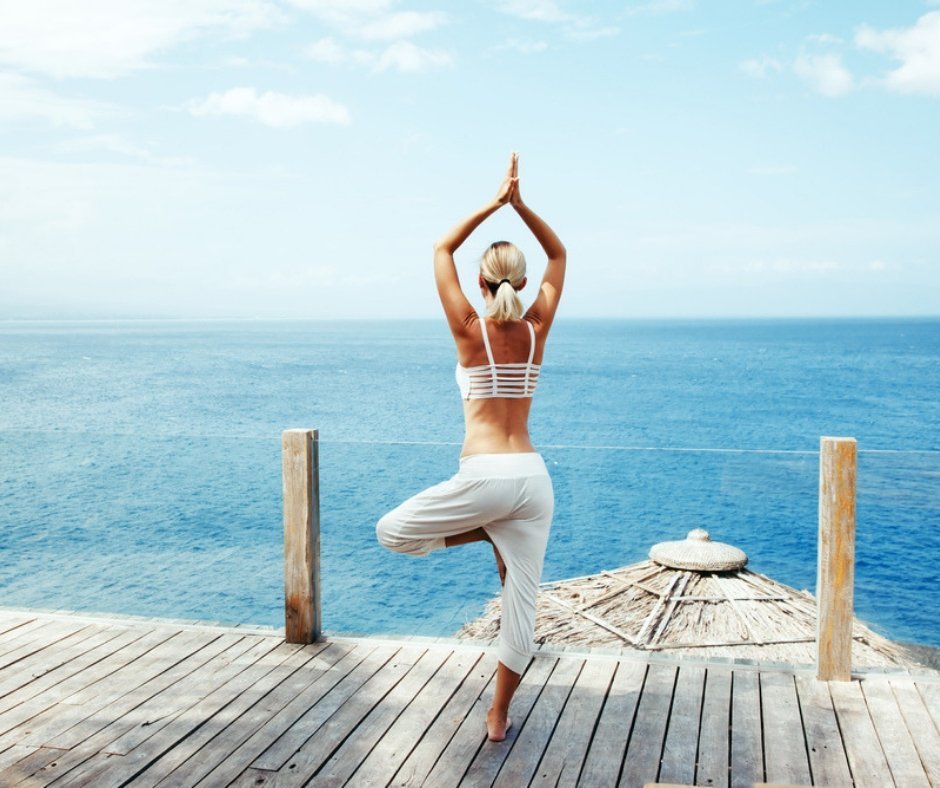 I couldn’t possibly do that… could I?

Jacking it all in to be a yoga teacher is all talk isn’t it? The kind that comes after one too many vinos, swapping ‘my job’s worse than yours’ stories with your friends. Bills and responsibilities get in the way of following any kind of dream in your middle years. But can you have a go without letting it all go? Actually keep your day job to pay the mortgage, but also do what you really want to do on the side? Accountant Jane Sheridan has found a way to balance the two…

When a friend invited me to a yoga class near where I work as an accountant, my first thought was that I’d be cold with all that lying on the floor breathing. So, I went along with jogging bottoms and a fleece and promptly sweated my way through from start to finish. And this was before Bikram became the in thing. Every posture and sequence was a massive effort but something about the teacher, (the lovely Tony who went on to become a dear friend), and the dynamic style of yoga he taught, had me hooked.  I started using elements of the yoga class to stretch after each run and very quickly started to feel some progression in the yoga classes. Those postures that were at first impossible, were slowly, and sometimes literally, within my grasp.  They don’t call it a yoga practice for nothing…. Before I walked into that first yoga class I had run the London Marathon twice. I’d wanted to do it since I was eleven years old, and had watched the first ever London Marathon on TV with my dad, back in 1981. I was determined that I would one day do it too, and I truly believe that wanting to do something enough is 90% of the way to achieving it. The problem was with the other 10% – my running style was not good enough, and I needed constant physio throughout. An added complication for me is that I have scoliosis (curvature of the spine), and my lack of natural symmetry added to my poor running style. Everyone has limitations within their bodies, and scoliosis is mine, but it has never taken away my determination to challenge myself physically.  In fact; probably the complete opposite.  After practicing yoga for about 18 months and having had 2 years off from running the marathon, I found myself entering the race again. This time the difference was incredible. No physio was needed and I shaved off 36 minutes from my previous best. The reason for this improvement was blindingly obvious – yoga had strengthened my whole body, in particular my weak core and upper body; something I hadn’t considered when it came to running. For the first time, I properly enjoyed the whole experience. If I wasn’t hooked before then that was the clincher.

I religiously practiced yoga, attending as many as classes as possible and developing my own technique at home. I started going on annual yoga retreats with friends, and it was one of them who suggested I try my hand at teaching. She planted a little seed in my mind; it wasn’t something I had ever considered before, but that seed grew and grew. So, after a particularly stressful day at the office, I looked online for yoga teacher training courses and immediately found one where the dates worked and price looked achievable. It was fate, I decided, and I made the decision – I was going to do this.

I have never really been one for standing up in front of a group, so I didn’t know whether I wanted to actually teach after the course, but I knew it would, if nothing else, deepen my own practice. I was also worried that by teaching it, I could lose what yoga gives me personally – head space. But, I decided, if I still wanted to teach at the end of the course then that was a win-win. The course itself was one full weekend every month, which to start with I thought would be easy. I realised very quickly that I was a little naive on that score. There was a lot of homework to be submitted and a lot of self-study. Looking back that’s pretty obvious; as a teacher you are responsible for the physical and mental welfare of your students, and there is a lot to learn. I had always loved the physical side of yoga, but I didn’t find standing up in front of my classmates teaching them a sequence very easy to start with. It was embarrassing and I felt really awkward – it was a world away from quietly doing yoga on my own at home, or being part of a class. Again, that practice thing came into play.

After qualifying as a Yoga Alliance 200 teacher I decided to carry on and study for the British Wheel of Yoga accredited diploma, which put a lot of time pressure on me because I was still juggling the day job, but it was also brilliantly rewarding. I frequently work long hours, often including weekends, but, going back to my 90:10 rule – I was 90% of the way to completing the courses by wanting it so much! The last 10% was the homework, the reading, the practicing, the class plans and the confidence building.

I have been teaching for just over 4 years now and I absolutely love it. I still have my demanding full-time job as an accountant, where I have a lot of responsibility and face some heavy deadlines, but I always make time for yoga. It’s ironic that sometimes squeezing yoga around the job that pays my mortgage can be so stressful, but it is my time and I am prepared to make sacrifices to make sure I get that time. The moment I step onto my mat, whether it is to attend a class or teach one, the stresses leading up to that point and those that inevitably follow are furthest from my mind. In the classes I attend, I try as much as I can to zone out the rest of the class and enjoy that time for me. In those that I teach, I think of nothing else but the others in the class and try to cater for all levels, so everyone leaves having been able to work at a level that suits but also challenges them.

At the moment I teach 3 classes a week which takes up 2 evenings which doesn’t seem much until you try to arrange nights out! Yoga is something people do in their spare time so as a teacher it inevitably it means sacrificing some of my own. In the summer sometimes we get lucky with the weather and can have the class outside, but in the winter, getting home at 11pm from my Wednesday night class when it is cold, dark and often miserable it makes it more difficult, but for me it is always worth it. I have a number of regulars with whom I have developed a wonderful rapport. I have seen them develop over the time they have been coming to my classes which is a huge motivation for me. Some are very vocal and will often come and speak to me after a class, others might just offer a wave and walk out smiling or at least looking more relaxed than when they came in. Being able to observe those reactions and the improvements my students make is reward enough for me. I certainly don’t do it for the money, I would have to take it to a whole different level for it to pay my mortgage. No, I definitely don’t do it for the money, I do it because I love it. For the moment my personal yoga experience continues to develop and I am excited to be teaching for the first time on the very yoga retreat I have enjoyed for the last 10 years as a student. My dream is to be the little 80 year-old teacher who can still challenge and develop a class. In contrast to the accounting, this is one career path I hope never to have to retire from. Once that mortgage is paid off who knows where I will take it, but no matter what, yoga is coming with me wherever I go. 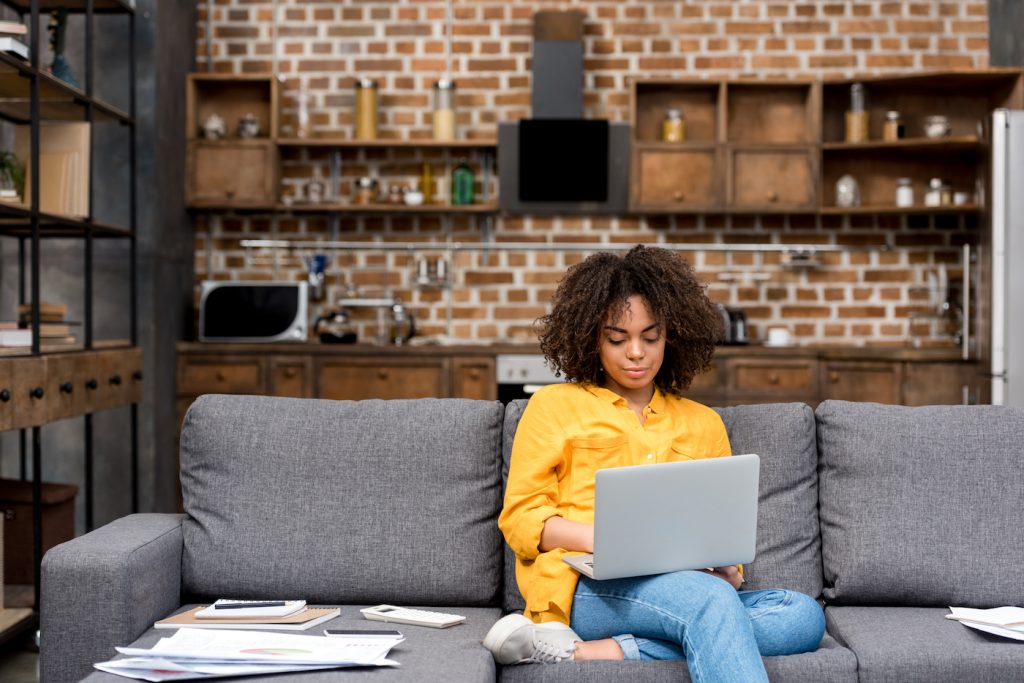 3 effective ways to overcome the loneliness of self-employment

Working for yourself can be challenging itself but no-one tells you just how lonely it can be.

Read More
I couldn't possibly do that... could I?