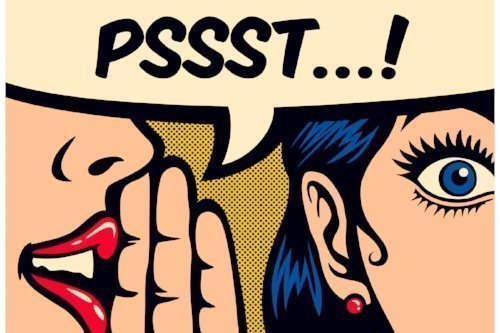 If we’re all talking, who’s listening?

As we limp into towards the end of 2018, battle-scarred and frightened by the horrors this year has thrown at us, there has been much talk about the kind of world that us grown-ups have created. According to the experts, the next generation, pouting into their iPhone and unable to walk the length of themselves without uploading it onto Snapchat, have apparently been raised by overbearing parents who have led them to believe that they are not only capable of doing anything they want, but they are entitled to it. But not through creating their own luck and being bloody good at something, working hard and building relationships with people around them who can help them progress – that’s SO old fashioned. No, they’re entitled to it, because that’s what they want. So far, so depressing, and as the mum of a teen it’s something I work hard to make sure they know is NOT the case.

If you want something, you work for it; it won’t just come to you because you want it to be that way, life is just not like that. Life is also unfair, and wanting something, or even being good at something, isn’t enough. Just ask any X Factor contestant who didn’tbecome the next One Direction or Little Mix. It’s tough out there.

Like every generation before them, our current is blaming the one before for screwing it all up. They have a point, as did we when it was our turn, and our parents when it was theirs… But for those currently shouting about Brexit and the state of the economy, have they Googled any modern history at all? The Second World war anyone? The Great Depression? Every new generation feels that they had it harder than the one before, and every old generation thinks that the youngsters should stop whining and get on with it, like they had to. That’s the way it goes; youngsters being pissed off with oldies is part of our cycle, and it’s healthy to have new perspective and opinion from a brain not yet worn down by fatigue and failure. It opens us up healthy debate, and its part of progress.

However, somewhere along the way, something has shifted, and that shift has come through the mouthpiece of social media, where opinion has become fact. Having an opinion, and being able to freely express it, is an important right, and one that those living in a democracy are lucky to have and take for granted. It’s a wonderful thing, and I’m thankful that all of us here in the UK, whatever our age or thought process, are able to enjoy. Exchanging opinions and viewpoints is an important part of our development and evolution; it’s supposed to make us think and rationalize about whether we agree or disagree with something, and why. And if we’re doing it properly, our opinions are based on fact rather than hearsay, and actually have something to stand on rather being something we saw on twitter.

But this is where I think that the mouthpiece of social media has revealed it’s biggest flaw; somehow opinion – unqualified, untested opinion – has through sheer repetition become fact. If something is liked, or reposted, or retweeted enough times, it stops becoming just a thought that has been tapped onto a keypad, but it takes on a momentum of it’s own. It becomes bigger than the sum of its parts, and even if it doesn’t add up, stack up, or make any sense at all, it has snowballed to become an actual entity in it’s own right. Just one look at Donald Trump’s twitter feed is enough to prove my point.

That’s scary as a one-off, and utterly terrifying when it’s being done by the leader of the free world as a way to tap ignorant trains of thought out into the ether, but that’s what’s happening every second of every day, as we sit frowning into phones, tapping out thoughts and opinions to friends and strangers who follow, like and repost our photos and words. It’s completely understandable why, after time, that same thought process leaks out into the real world rather than just the cyber one, and an opinion expressed is instantly transformed into a fact that is supported and backed by everyone who hears it. Because if you only surround yourself with people who agree with you, and you never have your thoughts challenged, it stands to reason that anyone who does disagree with you, or even simply points out a flaw in your thought process, is AGAINST you. And anyone who is against you needs to be taken down; not just by you, but by anyone who supports you. It’s scary really, when you think about it, that bit by bit, there is layer in society who have become so accustomed to always being right that they cannot see a place where anything they think, say or do, could possibly be wrong.

In one sense, it’s a toddler laying on the floor and screaming because you’ve told them that ice cream doesn’t count as a fruit and they can’t have it for breakfast, while all their little toddler friends yell: “Yes it is! I’m going to tell my mum on you!” while kicking you in the shins. In this instance, being firm about food groups and banning play time until everyone comes to their senses usually does the trick.

In the cyber world however, you would be attacked on-line by your toddler’s friends who would accuse you of being ‘Ice Cream-ist’, which would be picked up by online newspapers as an ‘actual thing’, and soon you’d find yourself headlining around the world for being a bad parent. The story would get picked up by news teams in the USA, who would find mums who did believe that ice cream is one of our basic food groups and a petition would start to get you imprisoned for child neglect. A ‘Rights For Ice Cream’ group in the UK would charge you with ‘Ice Cream-ism’, a lawyer would take on their case, and before long you’d be fighting your way into court through a baying crowd with banners held aloft, proclaiming “I scream, you scream, we all scream for ice cream!” while demanding that your children were taken away and your house was burned down. A judge would decide that an example needed to set for the sake of any parents who for whatever reason want to feed their children ice cream at every meal, and you would be sentenced to one year in prison and a practical parenting course. A three-part TV drama would be made out of it, and all you could hope for was that Suranne Jones would play you, because she’s awesome.

Sounds mad, but swap the ice cream, and it could happen. What started as something tiny; a clever way of putting your thoughts out there to see who was listening, and suddenly all the world’s an expert, whose opinion we’re all entitled to hear. Shout into an empty chamber loudly enough, and you’ll hear your own voice coming back at you; it doesn’t mean what you said was right, but try explaining that to someone deafened by the sound of their own opinion.

As 2019 lies ahead of us, who knows what it has in store? Please God let it hold great things, and bring us joy as well as sadness, euphoria as well as despair. But most of all, let us all have learned from our mistakes. True intelligence comes from acknowledging that we don’t know everything and we are open to new thoughts and ideas. Or as Shakespeare put it so well, hundreds of years before the internet was a twinkle in a nerd’s eye: “A fool thinks himself to be wise, but a wise man knows himself to be a fool.” Social media may be a mouthpiece for the world, but we were born with one mouth and two ears for a reason – if we all took twice as long to listen and think as we do to talk, then maybe we’ll all learn something this year. 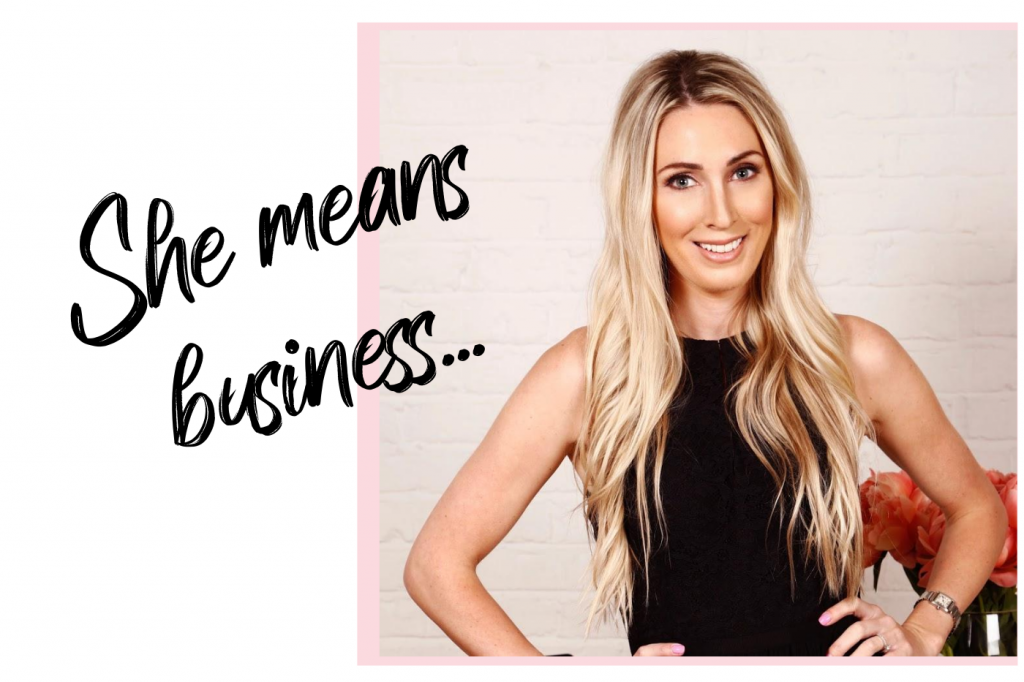 Andrea McLean talks to Carrie Green the founder of The Female Association, an award winning entrepreneur