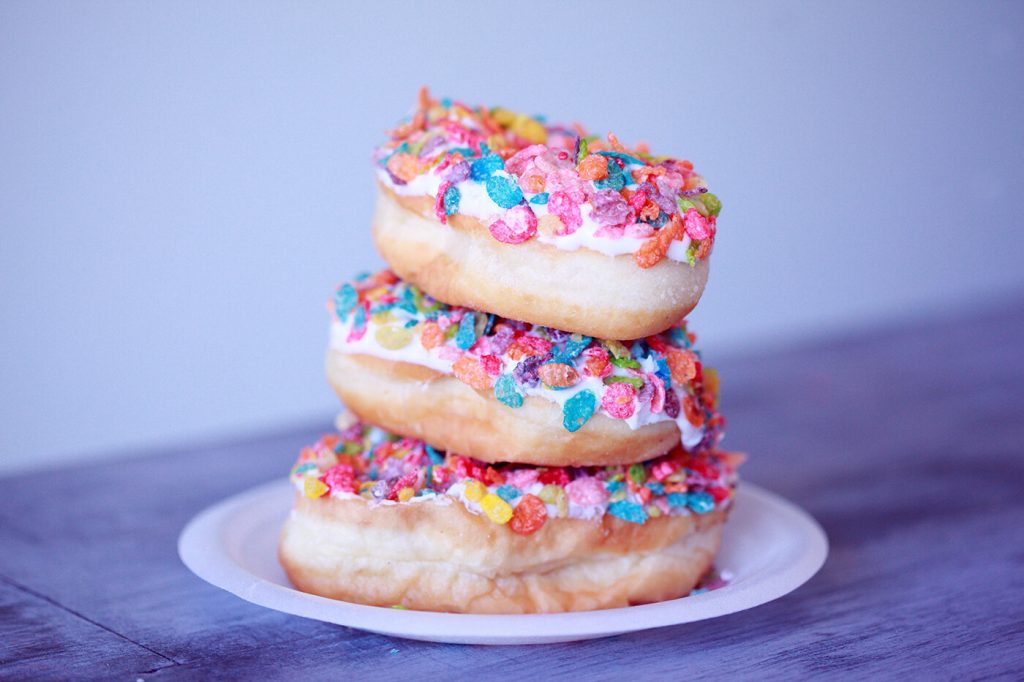 The eight things I learned from giving up sugar

Ditching the sweet stuff isn’t easy but it’s so worth it – as long as you know about the pitfalls!

Sugar’s not just in sweet things and I had to become a label detective to track it down. Our taste buds are so accustomed to the taste of it manufacturers put sugar in ready meals, bread and even tomato ketchup. And you just don’t need it.

The less I ate sugar, the more savoury flavours I craved, so I was eating Marmite and avocado on sourdough for breakfast rather than porridge with honey. The moral of the story? Always read the label.

2 The mood swings were hideous… but not for long

I never used to start the day without a sugary tea and although I thought I didn’t eat that much of the sweet stuff in the first place, it turned out I was wrong.

Cutting out sugar left me with headaches, which I’d been warned about, but the other side effects were unexpected: I became (TMI) more windy than usual and would feel my eyelids drooping at 6pm because I’d run out of energy and start to fall asleep. Still, those effects only lasted for about ten to 14 days, during which time I got lots of early nights.

3 But I took more exercise

The only time I was happy was when I was in the gym. A hard workout with cardio or weights, sipping lots of water, really did make me feel better.

The natural high combined with having something to occupy my mind that didn’t involve fantasising about doughnuts worked for me. Of course, I thought I had no energy and had to drag myself into the gym, but it was the only mood-booster I could find.

4 Giving something up makes you obsessed with it

Banning sugar meant I noticed what other people were eating more. I’d never normally crave a flapjack or croissant in the morning, but the minute I saw my friends order their sweet treats I wanted one too. Some days it felt like sugar was everywhere and I even became convinced I heard Drake singing: “traybakin’, no fakin’”. (He probably wasn’t.)

I’m never happy with my skin, so I thought there was no way I’d get the mythical glow that healthy people have. But I was wrong. After two or three weeks, my skin looked brighter, the dark circles were improving because I had more energy and my rosacea (the bane of my life) wasn’t looking so furious.

6 Boozing throws everything out of the window

Confession time: I was supposed to give up sugar for a month, but on the day after a boozy night out I snapped. That morning, I would have sold both my children for a cappuccino with half a sugar, so I ordered one at the café. It did nothing. So I became obsessed with the idea that a bag of Maltesers would cure my hangover. They didn’t.

I slinked back into my sugar-free life as if nothing had happened, but I knew neither of those rule-breakers had been worth it. And I confirmed what I’d always suspected: drinking does nothing for my mood or food choices.

7 I didn’t really lose weight, but that’s not the point

Life’s happier when you don’t own scales, but for the sake of the experiment I did weigh myself before and after four weeks. I only lost a couple of pounds, but I did half my chins. If I can feel the difference in terms of shape and energy, who cares how much I weigh?

8 If I can become woman who makes fake chocolate truffles, you can too

If you’ve given up sugar for a month, you might as well keep going. It’s been six months now and although I’m not obsessive about it, because I don’t believe in banning any foods altogether, I do eat less sugar than I did.

I have more energy, my body shape has changed and I’m one of those smug people who finds dates, cacao and almond flakes rolled up into a ball just as satisfying as a Malteser.

What I’ve learnt from running a 10k race

It was intimidating, it hurt, it pushed me past my comfort zone and was one of the best things I’ve ever done.

Read More
The eight things I learned from giving up sugar