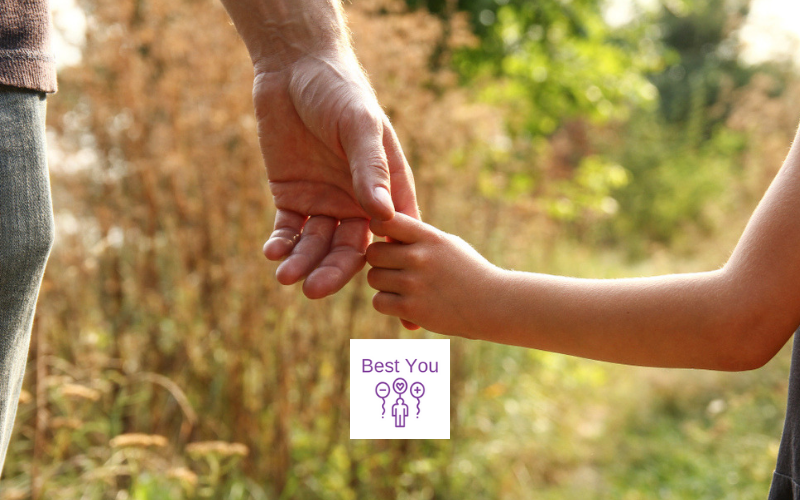 The life lessons my dad taught me

We’re all about celebrating strong females here at This Girl Is On Fire, however, that’s not to say there aren’t some blummin’ amazing men in our lives as well, especially when it comes to our dads. Here are just some of the many life lessons our dads have taught us – don’t forget to share yours below the article. “A few weeks ago, I ran 10k around London in my pants. I wasn’t on a hen do, or escaping from a compromising situation, I was running in the Vitality London 1000 to raise awareness for body confidence. As I ran past Downing Street towards Parliament Square, a man in the crowd saw me and shouted: “You run like a girl!” I grinned, waved and shouted back: “Yes, and if you trained hard enough you could run like a girl too!”

The women I was running alongside couldn’t believe what had just happened – how dare he? What they soon found out was he wasn’t just any random man; that was my dad. And telling me that I “rrun like a girl” to give its full Scottish twang, is what he’s been doing since I was fourteen and playing football with him one sunny weekend.

You see, I was supposed to be a boy called Andrew. When I was born, (clearly not a boy), my parents called me Andrea instead but it didn’t stop doing all the things he’d have done had he had a son; we played golf and football together, he showed me how to check the tyre pressure and oil in the car, and when I left home he presented me with a full tool kit with everything I’d need for putting up hooks and shelves. But, on that fateful sunny weekend, I had run for the football, and missed, and he shouted, jokingly, (again, you need to hear this in a Scottish accent: “Andrrrea! You rrun like a girl!” I stopped in my tracks and said: “But dad, I am a girl.” And it’s been a running joke in our family every since.

You might wonder what that has to do with Father’s Day. Well, to me it has everything to do with it, because it sums up how my dad treated me growing up – like I could do anything I wanted. That being a girl shouldn’t stop me from trying to achieve anything because it didn’t make any difference what gender I was, what mattered was trying my best and just going for it. That attitude has stuck with me, and I now raise my children – a son and a daughter – in the same way. I treat them with equal amounts of love and encouragement and don’t care which one prefers sport or who is better at cooking cake, they are wonderful humans and individuals in their own right. That’s what my dad taught me, and I hope that I can pass that same integrity on. Happy Father’s Day dad – maybe one day you’ll be able to rrun like a girrl too.”

“I’ve just realised that I’m writing this exactly 29 years since my dad died. I was 11 and, as crazy as it sounds, I’m only now realising just how much this short time with him has shaped every single part of who I am. It’s remarkable really! So here are the most impactful life lessons that have influenced my 40 years on this planet, without me even realising for the most part…

“Tha’ll be no keepin’ up wi’ Joneses.” He was a Yorkshireman and under no circumstances should we feel pressured to ‘fit in’, is pretty much what he was saying here. It was at a time when families were splashing out on microwaves, video players and electronic toys, which were material things that we simply did not need! Apparently. As mortified as I was to be falling behind my friends and their latest gadgets, I just played outside instead. All the time. He was right. We just didn’t need stuff.

Which brings me to his next life lesson, which was that “we’re all t’same”. Racism was rife in ‘80s Leeds, with the rise of the National Front and my dad was an ardent campaigner for racial equality. My best friend was a Bangladeshi boy who lived next door and I adored him, but he was badly bullied and his house constantly graffitied. I just didn’t understand it as I simply didn’t see any difference between us or why anyone would be persecuted for who they are. And that’s because I grew up thinking that all humans really are the same. Apart from the racist ones, that is, who my dad just said were ‘daft apeths’ and that was that.

My dad fought in World War Two when he was just 16 (he was an older dad) and although he carried some horrific memories from his time as a bomb-aimer, he also taught me all about comrades. He’d take me to his RAF reunions, and I’d see these fascinating, lifelong friendships and all the storytelling that went with them. I was captivated.

From his war years are two other influences I’m so grateful to my dad for. He kept a diary and it’s the most precious thing I own. Memoirs with vivid descriptions of the emotions of war and true camaraderie. They explained the futility of fighting – in any guise, and his tales from exotic postings in Africa and Italy left me longing to travel. My dad was a true writer and he taught me the simple joy of putting pen to paper to tell a damn good story.

Thanks to him, I’ve travelled to some amazing places, was a newspaper journalist for many years, have the best friends a girl could wish for and I think I’ll pass as a pretty kind human. I’m happy with that. Thanks dad.” “There’s no denying growing up I was a mummy’s girl. She represented everything that I wanted to be when I grew up – pretty, confident, successful at work – and dad, as much as I loved him, was that parent slightly in the background. As I’ve looked back over my life though, I can see that he was quietly shaping me in a way that I’ve only appreciated as I’ve got older and had my own child.

However, while my mum was my favourite we also clashed – big time. Huge rows. Crying. Banging doors. Me running away… I used to try and escape to the nearby harbour with the hope that the fishermen would take me somewhere exotic. And who in all of this was the person that would bring me home, calm me down and assure me it would be OK? My dad. He’s always been there in those crucial moments when I needed someone. First period? My dad was the one at home who sorted me out with some sanitary towels. Broken heart? My dad was the one that picked up the phone, told me he loved me and though ‘life was shit’ I’d be OK. Hellish job? My dad was the one who calmly told me I could do anything.

One of our defining moments in our relationship was when I had a nervous breakdown, aged 19, and tried to kill myself. He was the one that stopped me. He was the one that calmed me down and told me we would get help. My mum, normally a tough thing, was in tears, but my dad was his usual calm self – at least on the outside. Back then, mental health issues were taboo, and they certainly weren’t something my dad’s generation talked about, but he helped piece me back together and has since always been keen to know how I’m really feeling.

Over the years, dad has been an oasis of calm when the shit hits the fan – when people keeled over with heart attacks or boyfriends went crazy. His ‘life is shit and then you die’ motto, delivered in his Brummie accent, may seem bleak to most, but it’s given me a perspective that I still live by today. Make the most of life, even the crap times, as it’s short and precious.

I’ve also learnt a lot from my dad about how to be a parent. He supported every hobby I did – and boy, did I do a lot. He’s always taken an interest in whatever I’ve been in to – and yes, that did include boy bands. I remember a phone call waking me up one morning – it was dad telling me Robbie had left Take That! He still texts me now whenever they, or my other teenage love Bros, are on the TV. He couldn’t give a fig about them or their music, but he knew I loved them, so showed an interest. Recently, my son was diagnosed as autistic. It’s whole new world for my parents, but my dad reads what he can about it – he wants to understand his grandson and help him become the best he can be.

Thanks dad. You’ve taught me that being quiet and calm may not make you the life and soul of the party, but it gets you far in life. You’ve also taught me that being properly interested in people is important. I’m sure this is why I wanted to be a journalist, to find out about other people, and it’s definitely why me and my son now have a fabulous relationship. If he could grow up to be half the man you are, I’d be a very proud mother…” 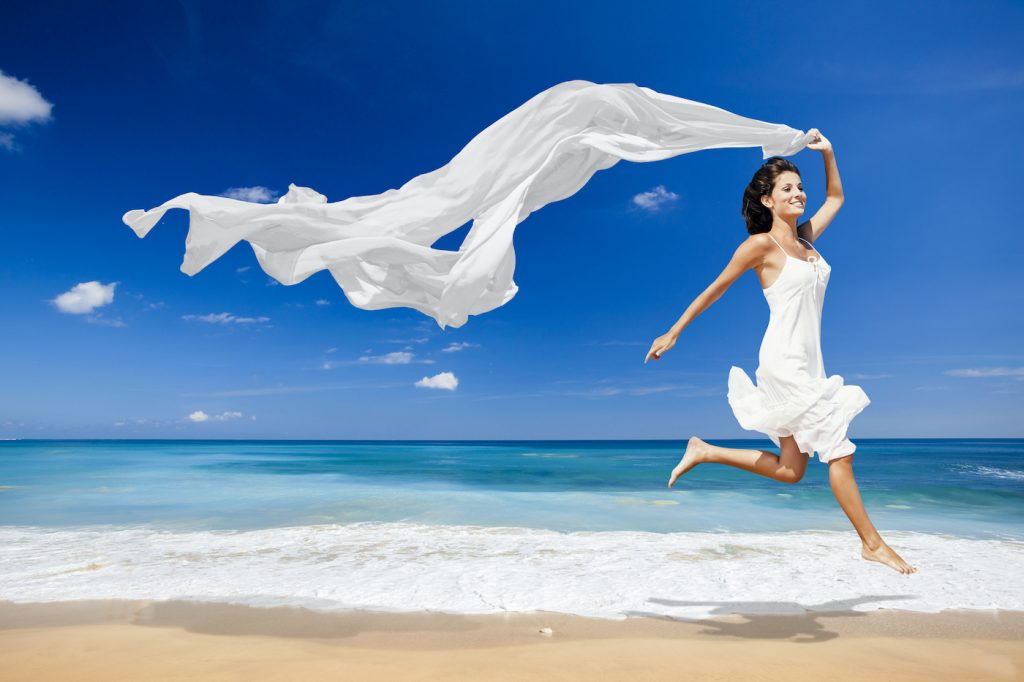 5 secrets for a successful energy boost

Alla Svirinskaya, one of the world’s top experts in holistic wellness shows how our life-force is precious currency, yet many of us live in energy poverty

Read More
The life lessons my dad taught me