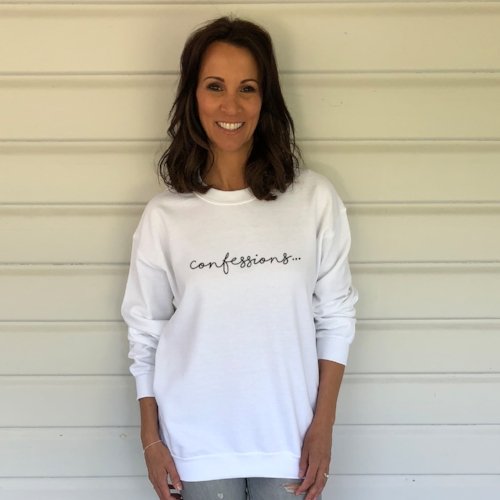 No one wants to put their hand up and say they’re old, not least when they’re only in their forties, but that’s what admitting I was going through the menopause felt like to me. The menopause was something that old ladies got, something Les Dawson-style caricatures did, leaning over a garden fence, nudging their amble bosom, nodding and winking as they moaned about sweating and problems ‘down there’. I did NOT want to be seen as one of those women!

I however didn’t have the luxury of choice. Because I work on the telly, when I had to have time off for my hysterectomy back in 2016, it was pointed out to me by lovely friend, Birds Of A Feather actress Linda Robson, that I would have to explain why I wasn’t going to be around for a while, as (she quite rightly put it) “People will think you’ve been fired!” I hadn’t even considered that; I’d told my boss, my friends and family, but I didn’t realise I’d have to tell the whole world as well. So, after an on-air prompting by Linda, who wasn’t going to let me squirm away from my ‘confession’, I did, and less than 24 hours later I was on the operating table while my engine and hormonal source was removed.

When I came round, and was sent home a day or so later, I was told that after my announcement, TEN THOUSAND women had got in touch, wanting to know how I was coping, why I’d had the operation, and what I was doing about my menopausal symptoms? I was overwhelmed. And I also realised that I had been looking at this all wrong. I’d been afraid to talk about it for two reasons – firstly, I didn’t think it was anyone else’s business, who would want or need to know about stuff like this? But secondly, I didn’t want my employers (the media industry) to think that I was old or past it. I work in a business where being current, relevant and vibrant are all expected of you. Those things are expected to be a given, and anyone over the age of 30 starts looking out for the younger, fresher replacement who will tap them on the shoulder and tell them their time’s up. Never mind your experience, talent, knowledge or wit – men can keep working till they keel over from old age, but for women it’s not so easy. So, the idea of willingly telling everyone about what was happening to me was crazy. But I had no choice. And, in that weird way that life has of taking the worst thing you’ve ever gone through and turning it into the best thing you’ve ever gone through, that’s exactly what has happened to me.

That announcement and the response that followed started a conversation about the menopause and prompted my decision to write my book ‘Confessions of a Menopausal Woman – Everything you want to know but are too afraid to ask’. In the weeks following my surgery, I got up every day and wrote. I tapped it all out; the endometriosis that led to the hysterectomy, the painful recovery, the hormonal fallout, the relationship challenges with regard to mood swings, anxiety, painful sex – all of it, with brutal honesty, and at times humour (because hey, you gotta laugh!) flowed from me onto the page. I asked the women who had contacted me what they wanted to know from the book, and how they would describe the various stages of the menopause that I was writing about. I got in touch with them through Facebook and Twitter, and was honoured that they replied, and were refreshingly open about how they were feeling.

Then I finished the book, and typed ‘THE END’. That in itself it a very satisfying feeling, but I wanted to keep the conversation going! So, I started my website ‘This Girl Is On Fire”. It took us a while to come up with the title; we wanted something that would give a nod to the menopause but not overpower it, and would also embrace the fact that women are incredible! So when This Girl Is On Fire popped into our head, my husband Nick and I looked at each other and laughed out loud – it said everything we wanted it to say, and makes people smile, which is exactly what we want it to do. The website grew from a place for women going through the menopause to continue talking about their experiences, to get advice and give it, to somewhere that all women can visit. Because it occurred to me that I am not totally defined by being a menopausal woman – that’s just a small part of me. I am still a woman in every other way; I am a wife, a mum, a friend, a sister, a daughter, a colleague… I wear all these hats and I have a thousand interests that have nothing to do with what stage my body is at. I like looking good and I think about what I put on my face, what clothes I wear, how to stay healthy and listening to the interesting stories that people have to tell. I also have a sense of humour, and if something makes me belly laugh, then I want to share it. So we came up with the idea of selling slogan T-shirts and merchandise, that menopausal women (and anyone else who likes the look of them!) can wear with pride. It started with ‘Hot Right Now’, ‘Flush’ and ‘#StillHot’ and of course ‘This Girl Is On Fire’! Anything that pops into my head, or I overhear people say, I jot it down and think about whether it would work on a T-shirt.

Did I ever think, back on that day when my lovely friend Linda Robson outed me on national TV and made me tell the world I was going to have a hysterectomy, that I would have a best-selling book and a website that has become the love of my life? Never in a million years. But, as my granny used to say, “What’s for you won’t go by you…” even if you don’t quite see it at the time…

Andrea’s book ‘Confessions of a Menopausal Woman – Everything you want to know but are too afraid to ask’ is available now from Amazon, Asda and WHSmith. goo.gl/5G2yC6

*Please come and confess with me… get involved with our lovely community and share your story. It doesn’t have to be about the menopause either and it can be good, bad or outrageous. Just send it in to [email protected] and if you want to do this anonymously then thats fine too, we only put your name up if you want to. Stories ideally to be around 500 words and if possible, a picture attached. 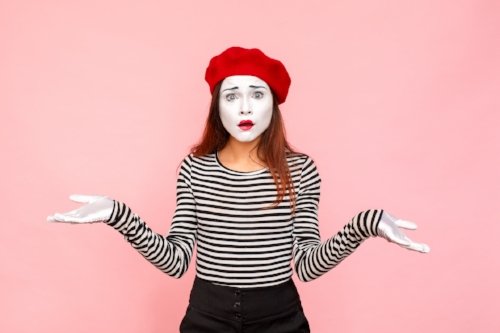 Let’s get straight to the point here – are you or not? For some women it’s the night sweats and hot flushes that are the giveaway. For others, not a drop of wetness shall pass…